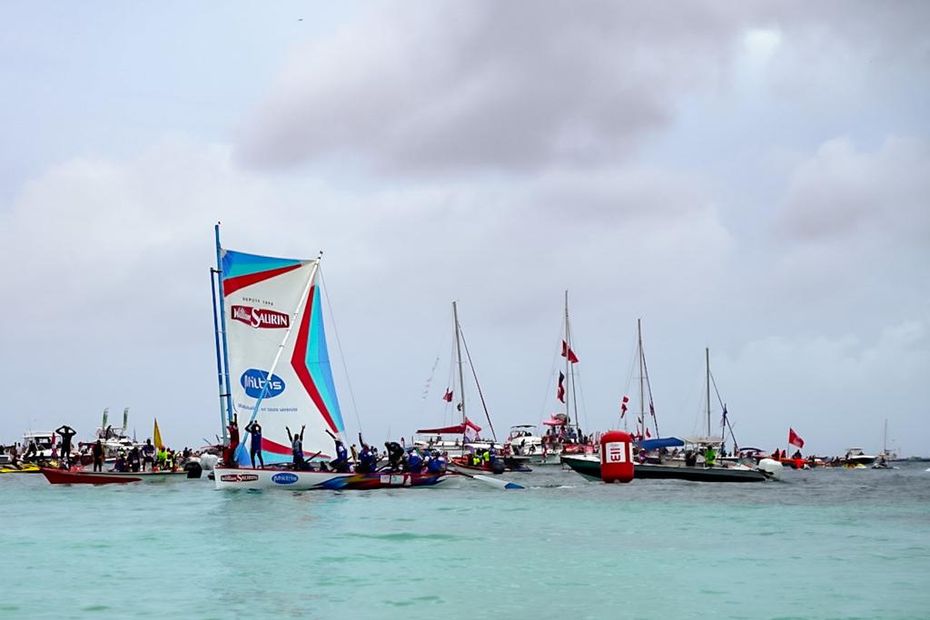 Stage 6 was delayed with a warning due to heavy rain at Diamond Beach around 10am. “We will not take the risk of unnecessarily exposing the couriers“, explains Eric Ackley, the race director. Once the drift has passed, the Yolbers of the 14 boats entered are certainly tired, but ready to go to the end of the race.

At the start of the race, there is absolutely no wind, and it is the sculling experts who are working to propel the skift forward. William Sarin/Miltis (François) takes charge of the Couriers after a very complicated and frustrating start.

Just before arriving in Sainte-Luce, the wind picked up and the tactics were modified accordingly.

A second tank, facing the village of Sainte-Anne, did not change the order. The race is dominated by his team of Loic Maas and William Sarin/Miltis.

The third and last tank of the day, in front of Anse Figuer in Rivière-Pilot, was the first of William Sarin / Miltis.