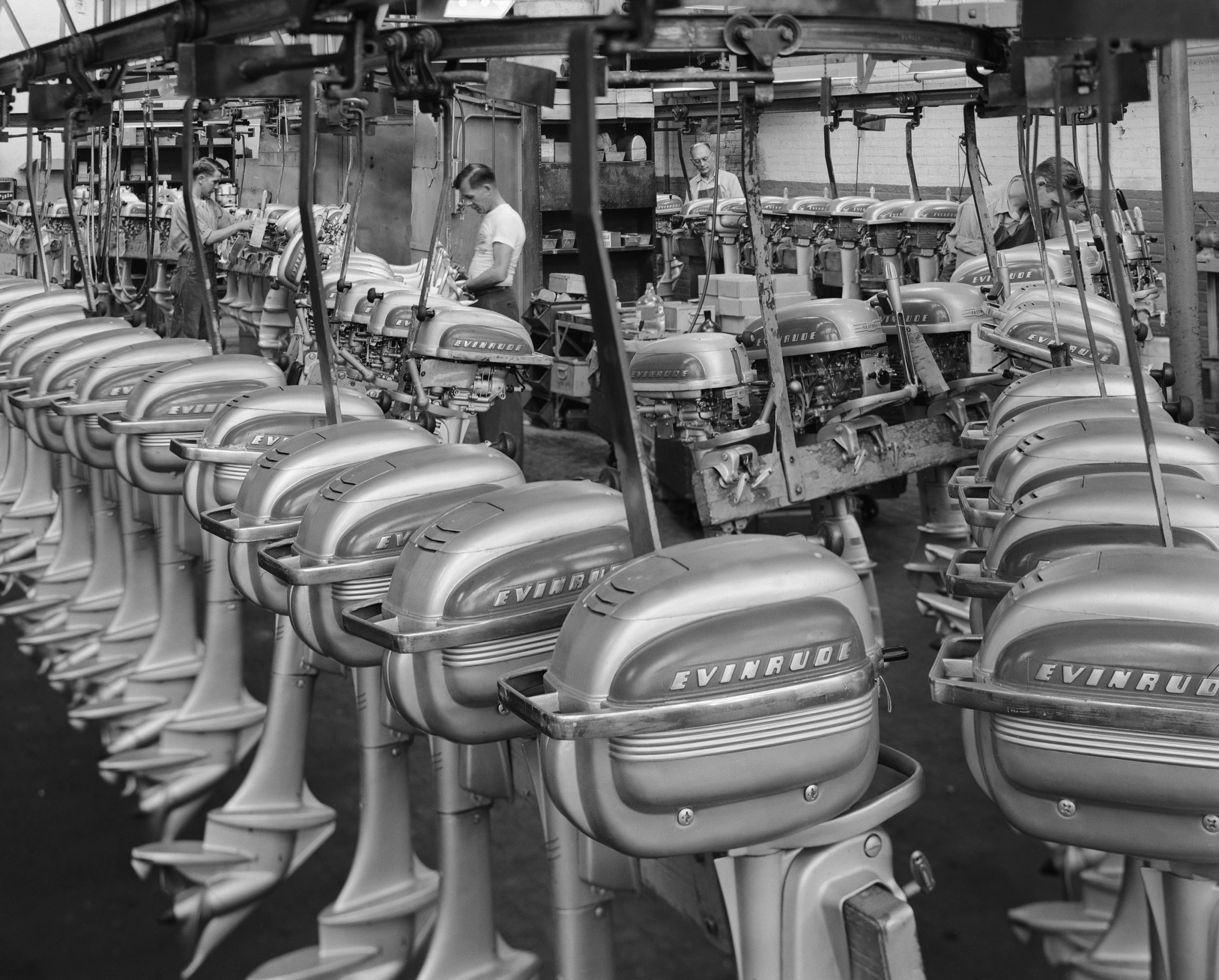 Will Evinrude boat engines ever come back?

The boating world was shocked when in May 2020 it was announced that the iconic Evinrude outboard motors would immediately cease production. Canadian parent Bombardier Recreational Products had bought the failing company, then called Outboard Marine Corporation, in a post-bankruptcy sale in 2001. In a statement, it blamed COVID-19 for making its manufacturing untenable. Now, two years later, will BRP relaunch Evinrude?

How old is Evinrude?

Evinrude began manufacturing boat engines in 1907 in Milwaukee, Wisconsin, where it remained throughout its run. Ole Evinrude came up with the idea of ​​a removable outboard motor. But a century later, four-stroke outboard motors had taken over. The company only made two-stroke engines.

The four-stroke engine was cleaner, and with increasing emissions regulations, Evinrude tried different ways to compete. Its later E-TEC two-stroke engines used direct injection technology, making them as clean as four-strokes. And Evinrude touted its maintenance costs as 50 percent lower than a four-stroke.

Two-stroke engines for motorcycles are making a comeback in 2022. Their growing popularity is seen in Enduro, NHHA and Motocross, from amateur racing to professional. But BRP viewed Evinrude as a failing company dominated by Mercury Marine and Yamaha. And both of these companies were investing heavily in developing more powerful and cleaner engines. BRP should do the same for Evinrude.

Why are four-stroke outboard motors better?

In addition to emitting more pollutants, two-stroke engines operate at higher speeds. So they wear out faster than their four-stroke counterparts. And fuel efficiency is usually half as good with a four-stroke engine. Combined with 90 percent cleaner, the cons outweigh anything gained by going for a two-stroke.

“Our outboard motor business has been heavily impacted by COVID-19, forcing us to immediately halt production of outboard motors,” said BRP CEO José Boisjoli. “This business segment was already facing challenges and the impact of the current context has forced our hand.”

BRP is enjoying success with its range of recreational lines like Ski-Doo, Sea-Doo, Can-Am off-road quads and trikes, and Alumacraft boats. Its engine products are its Rotax brand for boats, karts, snowmobiles and aircraft. It could revive the Evinrude brand with renowned Rotax engines.

Instead, it signed a deal with Mercury Marine to supply outboard motors for its boat sets. And it extends its products of pontoons and aluminum boats. BRP already manufactures two Rotax three-cylinder four-stroke engines for its Sea-Doo line. Since Rotax is widely recognized in this segment, it doesn’t make sense to rebrand or develop new Evinrude products.

The Evinrude line of outboard motors had been bleeding money for years. It seems that BRP waited to see which way the market would go. But the direction is clear. From now on, all gasoline engines are in danger of disappearing. Besides possibly reviving the Evinrude name for a line of electric outboard motors, it seems the 115-year-old name is dead and buried.

In almost all cases, the free market dictates the life or death of products. Legacy outboard builders like Mercury Marine have moved to four-strokes and are doing well. Companies like Evinrude and Johnson Outboard Motors, which decided to carry on as they were, could not survive. And for Evinrude, there’s no compelling reason to bring the brand back.

Future Demand, Market Analysis and Outlook to 2028 – The Bollywood Post