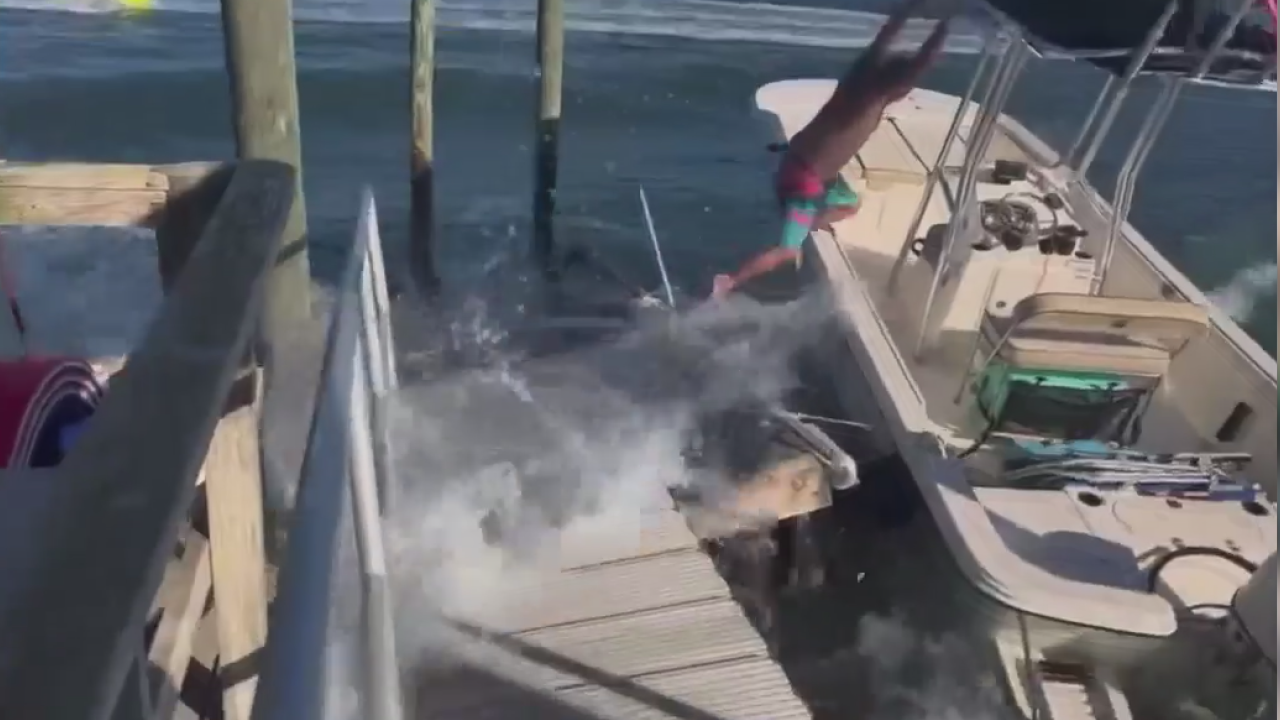 Jon Purinai was sailing in the Hampstead area when he heard the commotion on the radio. Since he was close to where the action was taking place, he decided to find the boat and try to slow the boater down.

“Followed behind him for just a minute. Saw him swamp boats coming his way. Coming to Marsh Creek Marina, he threw a four to five foot wake and wrecked boats there said Purinai.

“They seemed unaware of the damage they were causing going down the waterway,” he said.

The boat was reportedly operated by an operator with no boater safety training. It was traveling at 15 miles per hour, producing a 3-4 foot wake and causing damage to boats and docks along the shore.

“He said he wasn’t going that fast, but you know a big boat like this can still cause a pretty big wake,” said NC wildlife officer Dern Crilley. “Even if you’re not in a no-wake zone and you’re outside of it, you have to be responsible for the things you cause.”

They say charges are pending against the operator of the boat.

The Wildlife Commission continues to investigate.

California teenager dies after being pulled from under pontoon boat; 6ft waves reported at Lake Havasu

A large fire consumes boats, buildings and vehicles at the shipyard