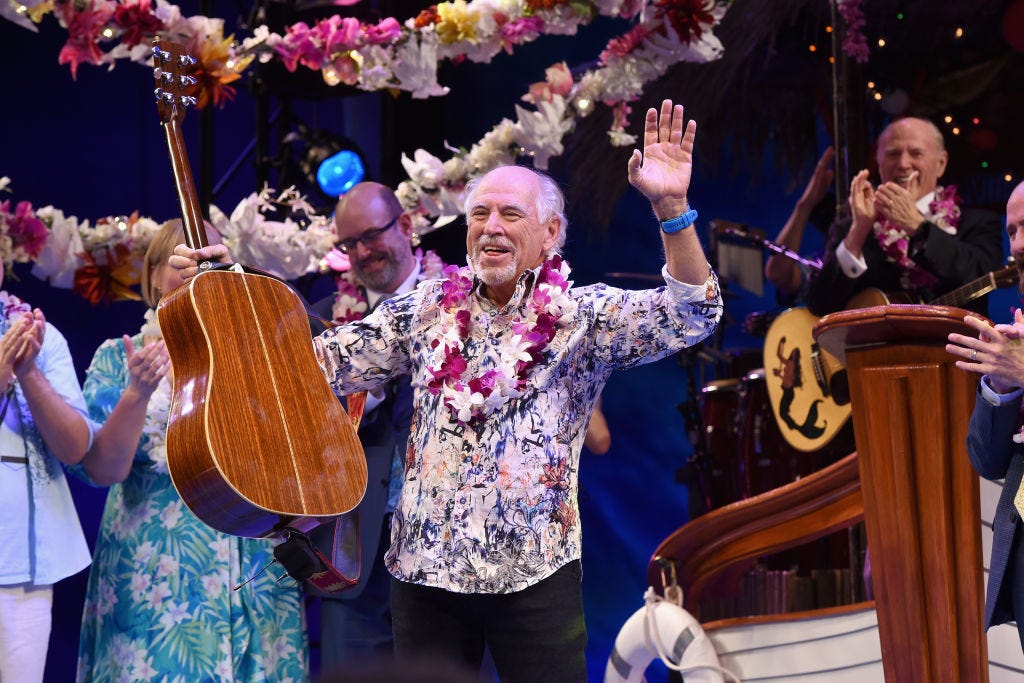 “I’ll end this letter with a sales pitch,” Berkshire Hathaway CEO and Chairman Warren Buffett, 91, said in the letter, which reviews the company’s performance from 1965 to 2021. “Jimmy Buffett designed a pontoon party boat which is now manufactured by Forest River, a Berkshire subsidiary.The boat will be featured on April 29 at our Berkshire Bazaar of Bargains.

This event is open to shareholders only and is scheduled from noon to 5 p.m. at the CHI Health Center in Omaha, Neb. He is part of Berkshire Hathaway’s annual meeting of shareholders from April 29 to Sunday May 1. Bazaar attendees will receive a 10 percent discount.

“Your bargain-hunting president will buy a boat for his family’s use,” said Warren Buffett, who did not reveal the price of the pontoon. “Meet me.”

Although he referred to Jimmy Buffett – a 75-year-old singer and entrepreneur known for songs such as “Margaritaville” and “Cheeseburger in Paradise” as well as restaurant chains – as a “cousin” in the letter, the two men do not are not really related. , according to the results of a 23andMe DNA test. They are friends, however, and refer to each other as “Uncle Warren” and “Cousin Jimmy”.

According to CNBC, Warren gave Jimmy advice on how to grow his “Margaritaville” restaurant chain.

Besides margaritas, cheeseburgers and music, Jimmy Buffett has long been associated with boats and sailing.

“Without boats, his decades-long music career and the myriad business ventures it spawned – from his chain of Margaritaville restaurants and hotels in two dozen locations to a Broadway musical inspired by his collection of songs – just wouldn’t exist,” Boat International said in October.

Rep. Don Young says US must seize all Russian-owned boats and sell assets with BOATS Act

How to Unlock Skiffs in Guild Wars 2: End of Dragons