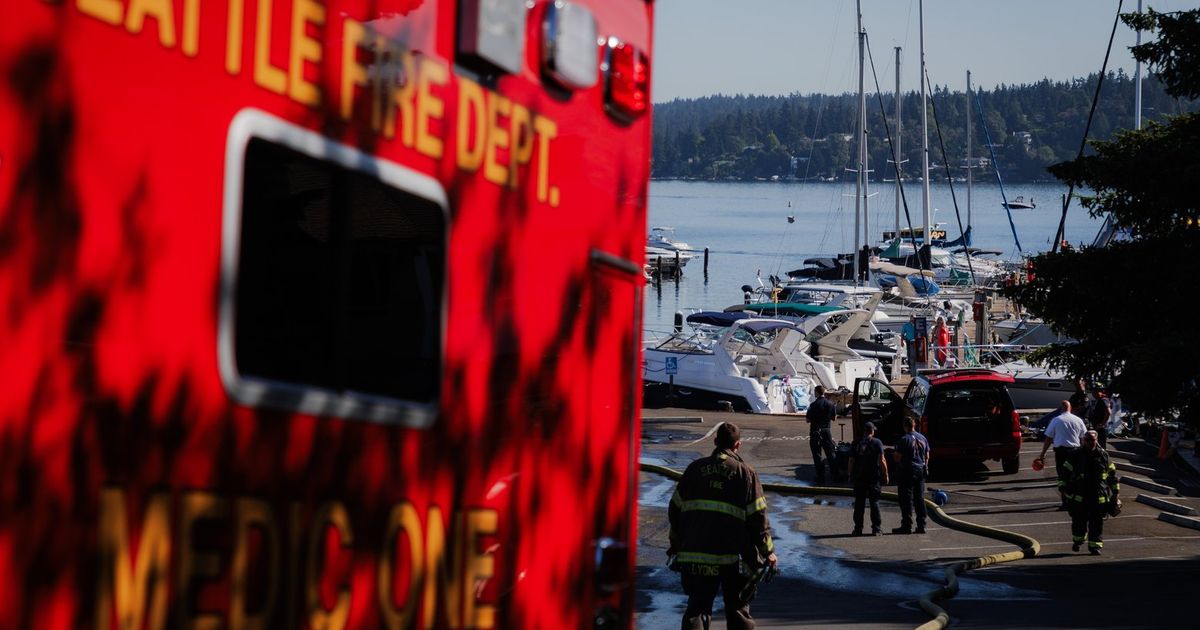 The fire, near the Rainier Yacht Club on Seward Park Avenue South, was reported around 9:45 p.m.

No injuries were reported, Tinsley said on Sunday evening.

One of the ships reignited shortly after fire crews left their overnight vigil on Monday morning, according to Tinsley. Firefighters returned and he was quickly brought under control, she said.

The two people on the dock on Sunday passed the scene of the fire and were “ordered to stay put” until it was safe to come ashore, Tinsley said.

All three boats were “pleasure craft” and quite small, Tinsley said.

Shortly before 10 p.m. Sunday, the fire department reported it had “water on the fire.” At 11 p.m., the department said the fire was under control in about an hour.

The fire blocked traffic on Seward Park Avenue South, between Rainier Avenue South and South Fisher Place, according to the Seattle Department of Transportation. All lanes reopened overnight.

At least 11 engines and three ladder trucks responded, along with fire boats from the Seattle Fire Department and police.