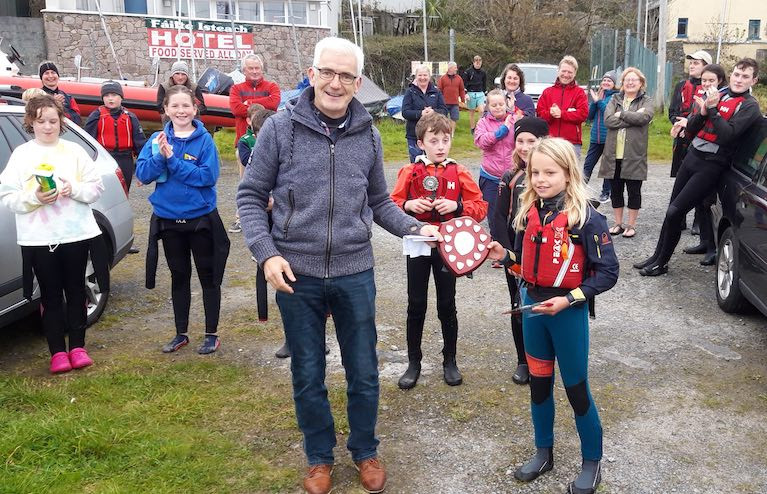 The Optimist class was unable to start their first race at the Cumann SeoltÃ³ireachta an SpidÃ©il (CSS) regatta on September 19, due to north-easterly winds which pushed the fleet below the start line.

However, six Spiddal Club boats went out on September 27, with Commodore Dave Cahill as the racing officer.

Sarah Donald also received the Perpetual Optimist Fleet Trophy, which was presented to the club several years ago by the club’s former commodore, Dr. Tiernan O’Brien.

As Afloat previously reported, the annual CSS Regatta on September 19 marked the presentation of the John and Stephanie Hannan First Prize, in honor of the late circuit court judge, sea kayaker and CSS member John Hannan, who passed away. earlier this year.

His wife Stephanie Adams has been a junior organizer at CSS for several years, and their son Marcus is an active sailor and won third prize in the mixed fleet class at the regatta.

The new award – a bog oak canoe made by Spiddal glass artist Sue Donnellan was presented by Stephanie Hannan to Mark and Denise De Faoite, who were the fastest adult sailors in the 420 fleet.

The 420 class winners at the CSS Regatta were Ciaran Reaney and Cathal Conneely, with Mac O’Brien and Eoin Cahill taking second place.