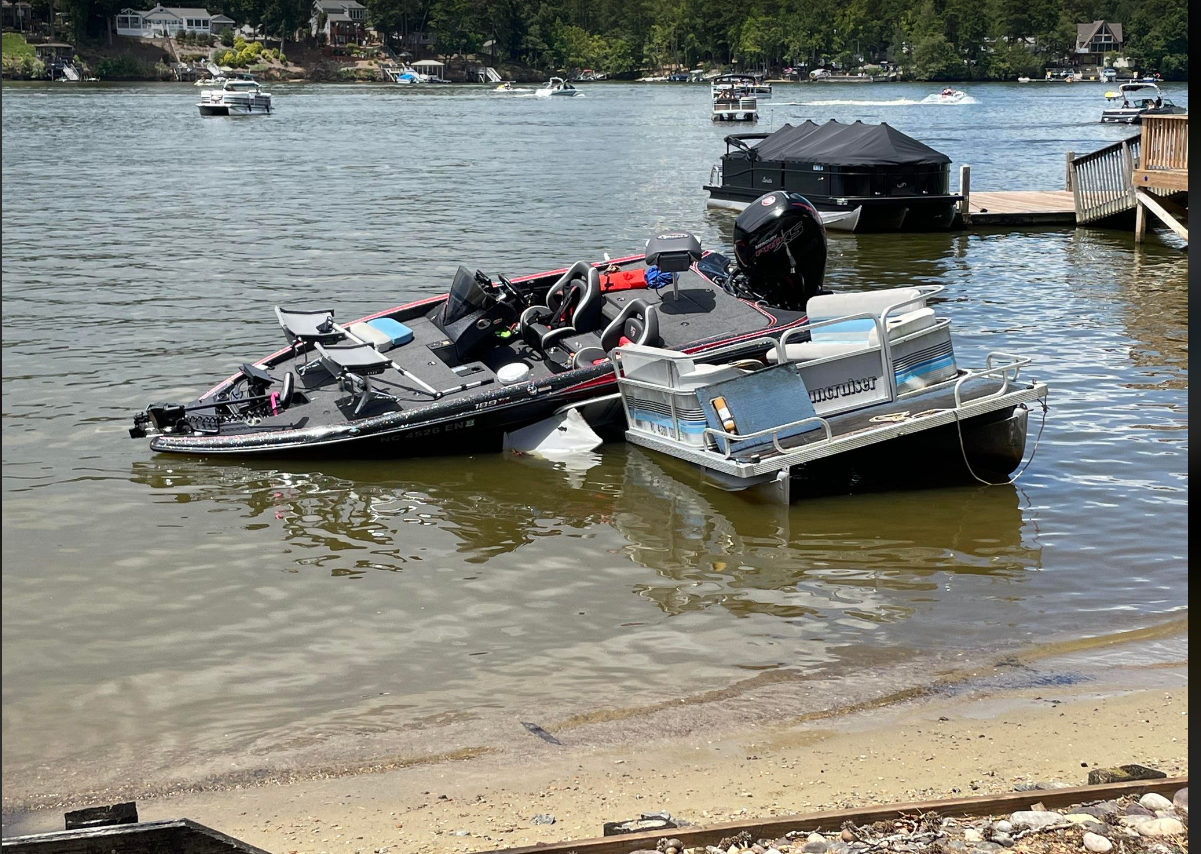 DAVIDSON COUNTY, NC (WGHP) – Investigators are trying to figure out what caused the driver of a bass boat to t-bone a pontoon boat, tearing it in two, Saturday afternoon at High Rock Lake in the Davidson County.

Davidson County Rescue Squad Inc. reported being called to the High Rock Campground area in reference to the boating accident around 1:22 p.m.

Greensboro man barricades himself in his home after alleged domestic assault

The callers said a bass boat, carrying two passengers, collided with the pontoon boat, which had three passengers, just off the campground.

Witnesses tell FOX8 they heard the sound of the boats colliding and rushed to help.

They said that when they arrived at the scene, there were two people and a dog in the water next to the scene, and three people who were still inside their boat.

The group of good Samaritans then hooked the wrecked boats to a personal watercraft and pulled it to shore where emergency medical services and responders took over.

Three people on the dock were taken to hospital with non-life-threatening injuries.

The two people on the bass boat were not injured.

Wildlife officers did not say if any charges were laid.

Davidson County Rescue Squad Inc. told FOX8 that this was a situation that could have ended badly had people not stepped in to help and the combined efforts of the rescue team, EMS of the county, fire department and other agencies.

Leaked figures reveal 1,075 Albanians arrived in the UK on dinghies and small boats over the six weeks