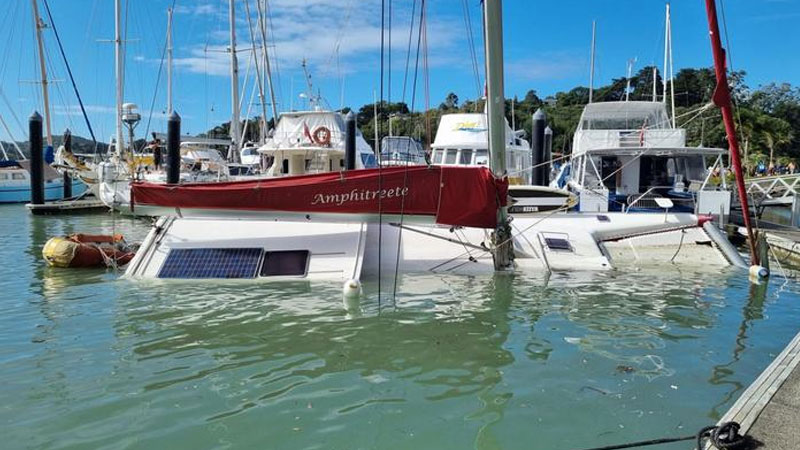 Strong surges in the far north of New Zealand that built up from the remnants of a tropical cyclone in the Pacific and the Tonga volcanic eruption caused evacuations and sunk boats overnight.

Yesterday, a tsunami warning for the northern and eastern coasts of the North Island was issued after the eruption of the Hunga-Tonga-Hunga-Ha’apai submarine volcano triggered a tsunami in the Kingdom.

The advisory was extended this morning to the west coast of the South Island.

Police said emergency services received a number of calls from people based in the far north between 11 p.m. and midnight, including Te Rere Bay and Shipwreck Bay.

Northland Civil Defense spokesman Murray Soljak said more than 120 people in the far north were evacuated last night due to the powerful waves.

A number of boats and moorings were damaged by large waves washing ashore.

He said the damage to boats in Tūtūkākā Marina last night was due to a single wave, however, surges along the coast continue at regular intervals. Some of the ships broke away from their moorings due to the surge in water.

Top 5 things to do in Volusia County this week: boats, shopping

37 “abandoned and abandoned” boats to be removed