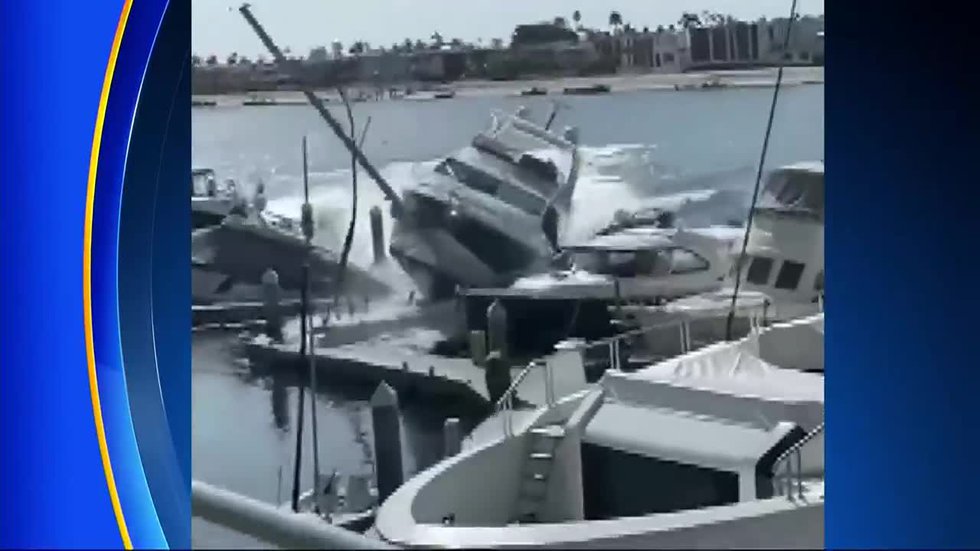 LOS ANGELES (KCAL/KCBS) — A jaw-dropping scene unfolded in Southern California on Thursday as a stolen boat was taken on a destructive ride.

The boat crashed several times into a moored sailboat, causing Debora Dolly, a passenger on the boat, to fear for her life.

“The whole starboard side crashed into me, and it just didn’t stop,” she said. “It came once, twice, three times, then the whole boat, the poles, the steel, the enclosure, everything, came crashing down on me.”

Dolly was spending her Thursday morning relaxing inside her sailboat moored in Newport Harbor when her life erupted before her eyes.

Newport Beach police say it all started when officers were chasing a man suspected of committing vandalism. Around 10 a.m., the man stole a boat from the harbor and took it for a ride.

“He pulled out the dock on his own, badly damaged some boats in front, and it looked like boats were sinking,” he said.

After ramming Dolly’s sailboat, Macartney said the man backed up, did a few donuts in the harbor and tried to get away.

But he hadn’t finished. After crossing the harbor at high speed, the man collided with another boat until he finally crashed into the wall.

“The sounds of him hitting that boat and the wall got everyone out of their homes,” Macartney said.

The owner of a rare 1960 Tollycraft boat damaged by the leaky yacht said he had just had it delivered on Saturday and hadn’t even been able to sail on it yet.

Minutes after all the destruction, port police arrested the man and towed the boat.

There has been no word on what charges the suspect may face.