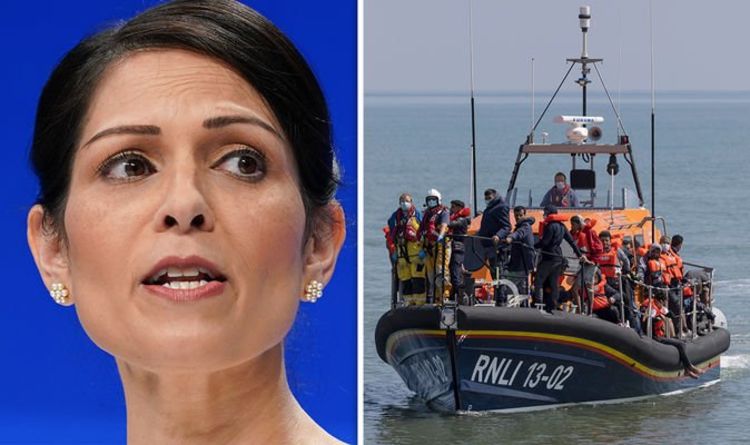 Campaign group Freedom from Torture says the government’s policy has no legal basis and would increase the risk of drownings in the English Channel in a complaint it filed with the Administrative Court. Documents are understood to argue for a full judicial review of the Home Office’s plans after Ms Patel’s department ‘refused to provide a substantive response to the grounds of the legal challenge’, reports the Independent .

Sonya Sceats, chief executive of Freedom from Torture, told the newspaper: “This cruel pushback policy is Boris Johnson’s latest attempt to tear up the rules that protect us all.

“We shouldn’t need to launch a legal challenge to force this government to recognize the sanctity of life.

“We know from our work with survivors of torture that people seeking safety usually have no choice but to travel without prior authorization, whether because they come from a country where they cannot apply for a passport or because the UK does not grant visas to people applying for asylum.”

Tessa Gregory, a partner at Leigh Day, told the Independent there was “no basis in national law” for the pushbacks.

She said: “The policy places the UK in breach of its obligations under the Refugee Convention and the Human Rights Act.

“In light of the risk to life arising from any use of the policy – ​​and given that more than 25,000 people have crossed the Channel to the UK so far this year – we have filed for judicial review against the Home Secretary, who is asking the court to declare the push-back policy illegal.”

Care4Calais, Channel Rescue and the PCS Union, representing Border Force personnel, have also announced action, but have not yet filed a case in court.

Under the new laws, Border Force personnel would enjoy partial immunity from prosecution if migrants were to drown during pushbacks.

MORE ABOUT BORIS THREATENED WITH REVOLT OVER COVID RULES

PCS general secretary Mark Serwotka told the Independent that the policy was “illegal, unenforceable and above all morally wrong”.

He continued, “Members of our border forces are appalled that they will be forced to implement such a cruel and inhumane policy. If the government does not abandon this appalling approach, we will pursue all legal avenues, including judicial review.

Freedom from Torture alleges that pushing back the boats amounts to the government allowing illegal conduct by Border Force agents and that this practice is contrary to the 1951 Refugee Convention as well as the European Convention on Human Rights. the man.

It says existing enforcement powers under the Immigration Act 1971 do not allow boats to be forced out of UK waters and there is no basis for pushbacks in British law.

A House of Lords committee has already written to Ms Patel saying its members were not convinced the plans were safe or legal.

In a letter published on Wednesday, they said: “We are not aware that the government [has] has not published any arguments to support the claim that a legal basis currently exists.”

MPs on Tuesday voted against an amendment to the Nationality and Borders Bill that would have prevented the powers from being used in a way or in circumstances that could endanger life at sea.

Backed by Harriet Harman, who chairs the Joint Human Rights Committee, the proposal was rejected by 313 votes to 235.

The committee demanded that the proposals be deleted or amended, but the bill was passed by the Commons on Wednesday.

A Home Office spokesman said as part of the government’s ongoing operational response and to prevent further loss of life at sea, it is continuing to assess and test a range of safe options and legal to find ways to prevent small boats from making the journey across the English Channel dangerous and pointless.

He added: “These are all compliant and delivered in accordance with national and international law.”

More than 25,000 migrants have crossed the Channel to the UK this year compared to 2020 when 8,469 made the perilous journey.

The record for the most migrants arriving in a single day was set in November when 1,185 people arrived on British shores.