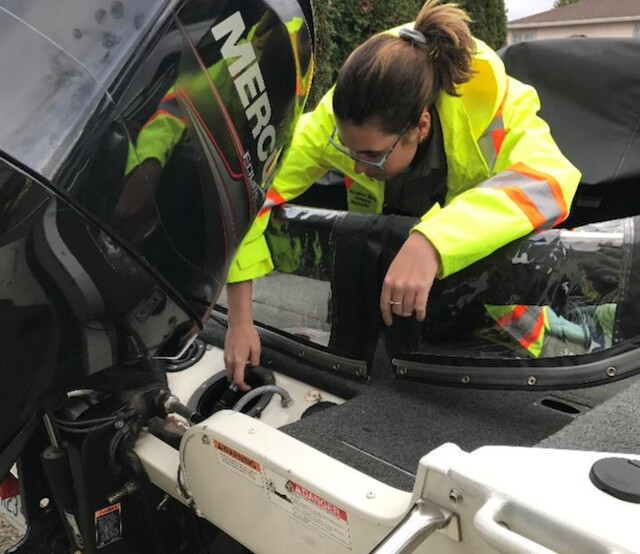 A summary of British Columbia’s invasive mussel monitoring program for 2021 reveals that around 33,000 vessel inspections were carried out – and 17 were found to be infested.

A report to the Okanagan Basin Water Board outlines the inspection program, which ran from mid-May through October.

Of the ships infested this year, seven were from Ontario, two from Manitoba and one from Quebec, Colorado, Michigan, Missouri, Illinois, Ohio, Wisconsin and Minnesota.

Water Board staff met last week with the head of the Department of the Environment’s Invasive Wildlife Unit, Martina Beck, who provided an update on defense efforts against invasive mussels.

Insp. Dave Webster of the BC Conservation Officer Service noted that compliance appears to be increasing as public awareness continues to grow.

“Most of those who don’t know seem to have only acquired a craft since the start of the pandemic as people stayed closer to home,” the report notes.

Provincial staff and invasive species groups collected 900 plankton samples from 75 water bodies – all of which tested negative for invasive mussel and clam larvae.

Survey: 90% of borrowers regret having taken out a personal loan