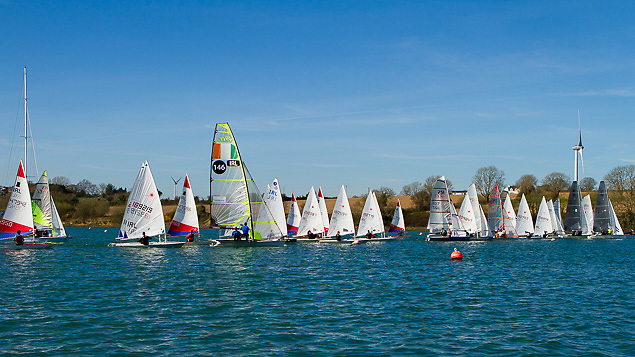 Mixed dinghies on the way back to Cork Harbor

Royal Cork YC are hoping to reinstate the ‘Mixed Dinghies’ class at the Crosshaven-based club in Cork Harbour.

“Having been very quiet for a few years, the mixed dinghy fleet is making a comeback this season,” the club told its members, with a plea for more support: “We would love to hear from anyone interested in getting on the l water in double-handed boats, from beginners to advanced, young and old, from Topaz to RS400 and everything in between.”

“This fleet offers a great mix of social sailing with the ability to race and also participate in events,” says RCYC Dinghy Rear Admiral Maurice Collins. “With a wide range of boats and age groups, it brings all of our sailors together. It’s an opportunity to explore sailing with friends usually in a multi-handed dinghy, but not limited to multi-handed dinghies. .

“There are a limited number of club boats available for those just starting out and for those who have a boat and may be looking for a crew this is a great opportunity. If you have your own single handed dinghy but there is no there is no class in the club to join, please join us and sail with the mixed dinghies.

To gauge the level of interest and to explore what interests RCYC sailors, the club is conducting a ‘Mixed Dinghy Fleet Survey’.

“For those looking to sail and race, we have the very social Ramen PY1000 race on Saturday March 26,” says Maurice Collins, “with the Round Island and Coolmore races later in the season.

“If we have enough interest, we intend to run a series of mixed dinghy club races during the summer months.”

With several dinghy classes already in the club, it will be interesting to see what response the call gets.