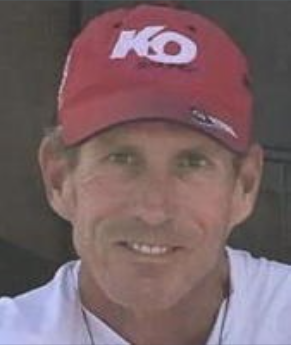 Mark Jeffrey McNamara of Houston died on August 20, 2021 following a tough battle with cancer. He was 56 years old.

Mark McNamara, 56, died on August 20. A fall funeral is planned.

Mark was born in Stamford to Francis J. McNamara Jr. and Noreen O’Connor McNamara, and he lived in California, Washington, DC and Connecticut before moving to Houston in 2011.

Mark was devoted to his family and enjoyed spending time with Karen and Patrick. Mark and Karen married in 2009, and Karen has had an immeasurable impact on the course of her life. Mark enjoyed going with Karen and Patrick to an Astros baseball game or a Texans football game, taking the occasional family vacation, participating in all of Patrick’s school and athletic activities, and just being with them while packing a dine in the back yard.

Apart from his family, the second love in Mark’s life was sailing. Mark was a longtime sailor, having grown up on dinghies at the Stamford and Noroton yacht clubs. Her passion for sailing continued into adulthood and her career has covered almost every aspect of the competitive sailing world. Mark was a shipyard worker, racing boat captain, sailboat and finally a vital cog in the world of youth sailing for the past 15 years.

In 2007, Mark started a business specifically to serve young sailors in the United States. In 2011 he acquired KO Sailing in Seabrook, Texas where he was able to continue the programs he had developed and add a variety of new ones.

His vision was to help sailors and their parents in any way he could, and he has become a staple in youth sailing events. Mark has always been stationed at the â€œKO Truckâ€ to help any sailor, from beginner Opti to the most competitive young sailors nationally and internationally.

He did all of this while always keeping the focus on the kids having fun sailing. This attitude was most evident when it came to his son Patrick. There was nothing Mark loved more than watching his son learn to sail.

He is survived by his wife, Karen, and his son, Patrick; his brothers, Frank (Lisa) of Marblehead, Mass. and John (Christa) of Darien; her sisters, Moira (Lance) James of Marblehead and Kathy (Bob) Hugin of Summit, New Jersey; her stepmother, Lois McNamara, of Vero Beach, Florida, and several nieces and nephews.

A memorial service in Connecticut is scheduled for the fall.

– This obituary was published by the Darien Times on Legacy.com, where online condolences can be filed.

Electric boats that make waves without the noise