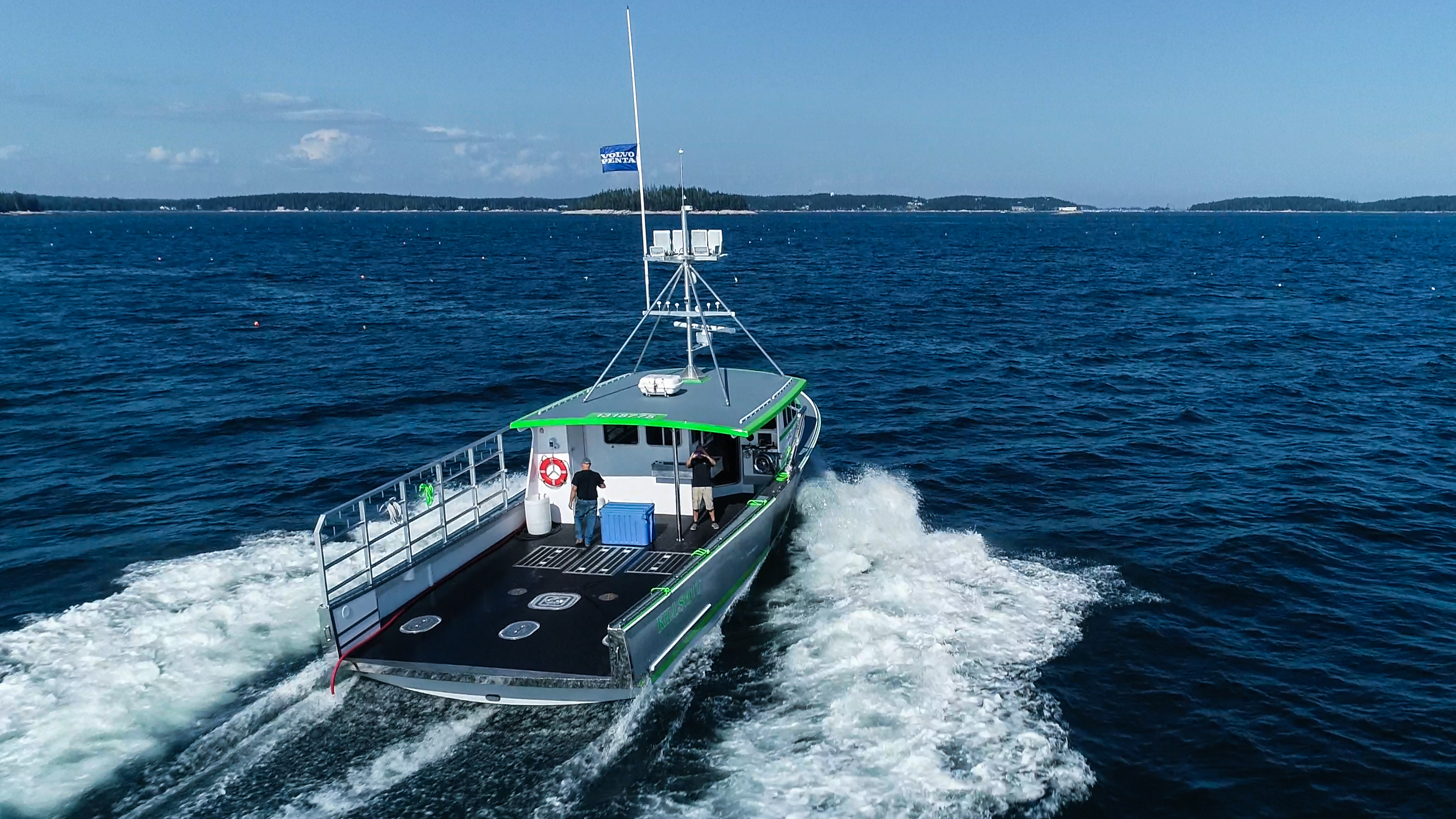 Oceanville Boats in Stonington, Maine, launched the Killshot, a 49′ 11″ Mussel Ridge for a lobster boat south of Bristol, Maine, in September. Although with her afterdeck extension, called a beavertail, the Killshot is about 54 feet on the bridge.

What would become the Killshot arrived at Oceanville Boatworks as a bareboat.

“We did all the finishing work inside and on all the decks,” says Dale Haley of the shipyard.

The Killshot was finished with an all-composite construction. The only wood in the boat is the mahogany trim inside the wheelhouse. This is combined with Formica panels in the wheelhouse that “almost feel like stone,” says Haley. “He came out pretty.” The wheelhouse, which Haley describes as huge, has a galley and seating areas.

A first for Oceanville Boatworks was the installation of a Canadian-style pot carrier that, instead of being mounted on the bulkhead below the windshield, is placed approximately 6 feet aft of the window. “He just likes that style,” Haley says of the boat owner. For power, the Killshot has a 750 horsepower Volvo that generates a cruising speed of around 16 knots.

Below the main deck are three lobster tanks, enough space to store 38 lobster boxes. The middle tank is isolated for ice since the owner of the Killshot also enjoys rod and reel tuna fishing. There is also a livewell and rope locker to accommodate line from the carrier.

In November, the crew of Oceanville Boatworks was helping local Stonington lobster boater Bobby Jones Jr. complete his Bounty Hunter IV, a 44 Calvin that Jones had started building himself. He did the basic design and fiberglass work, then brought it to Oceanville Boatworks, where the hull was faired and Awlgripped; rails, hatches and windows installed; and rubber flooring installed.
“We only do the cosmetics, all the trinkets,” Haley explains.

Billings Diesel & Marine in Stonington installed the Bounty Hunter IV MAN 1400 hp diesel. With that amount of power, “he’s just trying to buy time to go back and forth, and thinks he won’t have to work the engine as hard to get around at a pretty decent speed,” Haley says, adding that ” he’ll probably race once in a while” in the Maine Lobster Boat Racing circuit.

In December, the hull and roof of an Osmond 50 lobster boat from H&H Marine in Steuben, Maine, is due to arrive at Oceanville Boatworks, where one of the first tasks will be to install its 1,400 horsepower MAN engine.