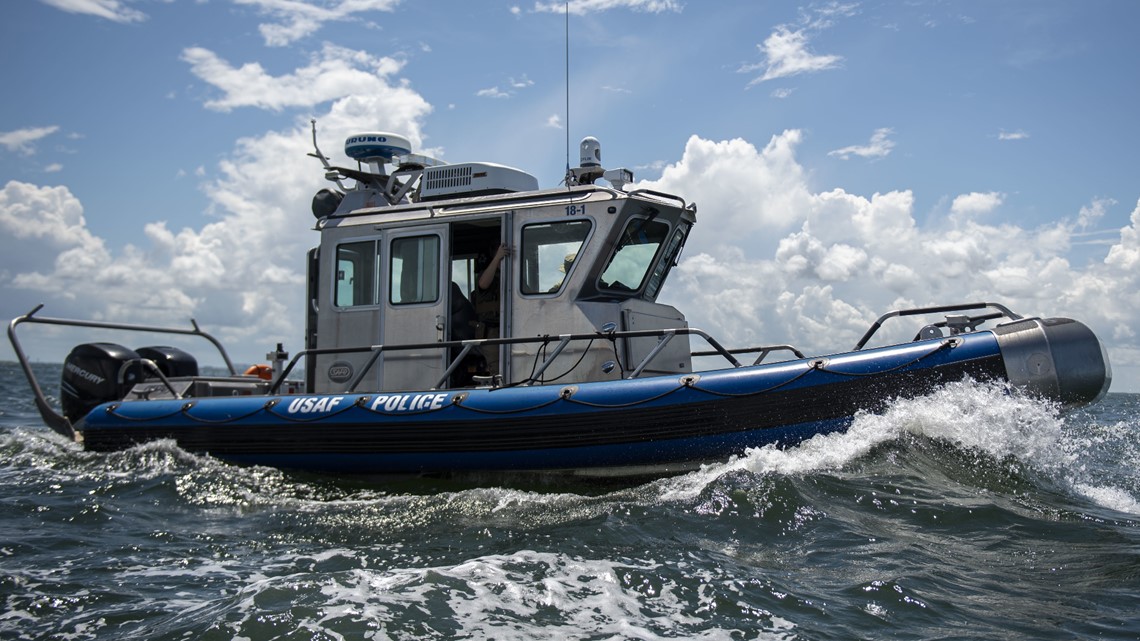 Patrolmen noticed a bull shark circling the vessel as the eight clung to the boat, “terrified”.

TAMPA, Fla. — What started out as a great day on the water quickly turned into a nightmare when a pontoon boat flipped over, sending its eight passengers into the bay, MacDill Air Force Base reports.

Staff Sgt. William Au, the crew chief of 6 SFS Marine Patrol, was with his partner, Airman 1st Class Kade Jones, when they noticed strong waves in the area, some reaching 5 feet high.

This led to a US Coast Guard “small craft advisory” warning boaters of increased hazards they could encounter, such as strong winds and waves.

“Under this advisory, MacDill’s Marine Patrol Unit would not normally conduct its routine sweep, both for its own safety and for the lack of boats in the water,” MacDill Air Force Base wrote. in a press release.

However, Au and Jones decided to do a sweep anyway.

That’s when they found the pontoon boat alone in the water, overturned. The two called for reinforcements as they pulled the eight boaters out of the water.

Jones also noticed a bull shark swimming near the boat, circling the rescued boaters. It was thought to be between 10 and 12 feet long, authorities said.

Other airmen who responded said the waves were “really choppy out there.”

“The waves were so high it was hard to see where they were,” Airman 1st Class Samari Rivera-Rodriguez said. “The waves kept going up and down.”

The eight boaters were split between two Marine Patrol Unit lifeboats and hauled ashore where they were met by the U.S. Coast Guard and the Hillsborough County Sheriff’s Office.

“It was a lucky day that Staff Sgt. Au and Airman 1st Class Jones went out there that morning,” Ramirez-Rodriguez said.