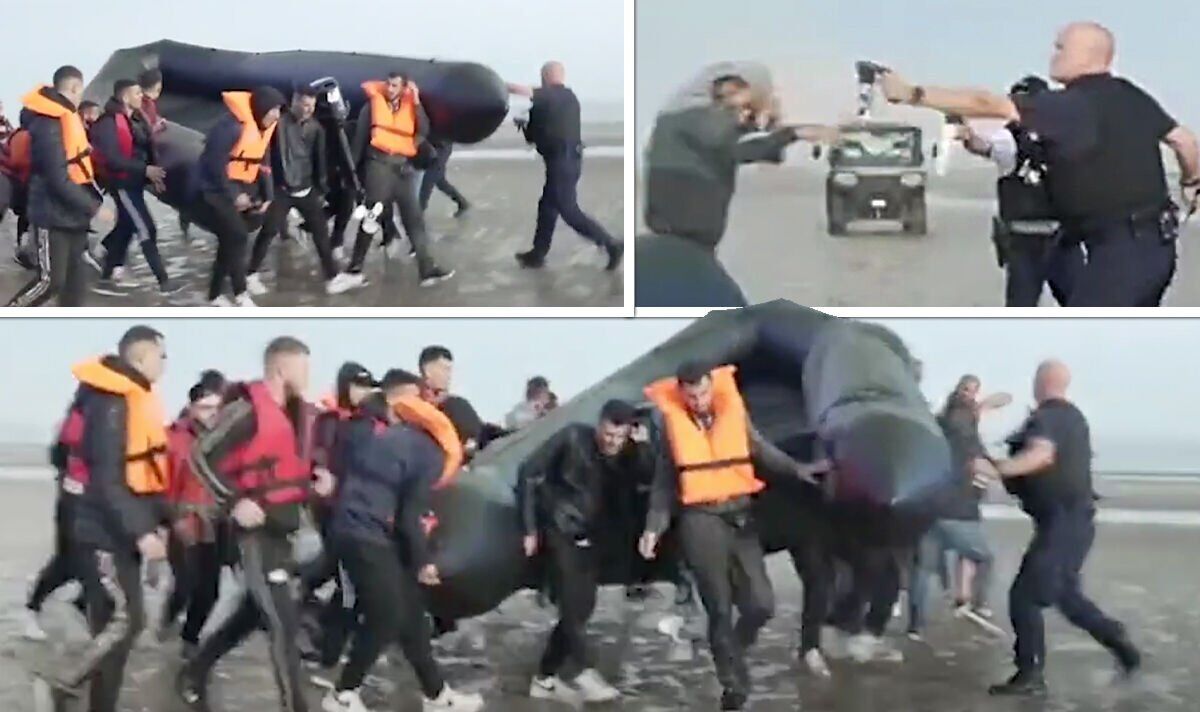 French police have been captured in startling new video as they carry out an aggressive operation to stop a group of migrants launching a boat off Dunkirk. A group of people equipped with life jackets rushed out to sea, carrying a small dinghy on their shoulders as they sprinted on the beach. The group, believed to include Albanian and Iraqi Kurdish migrants, was intercepted by a French police team who slashed the boat in an effort to stop the launch. As the group broke up and some people walked towards the officers, the police responded by quickly pepper spraying the migrants, forcing them to flee the scene.

A reporter in the video broadcast by Channel 4 related the events from the beach: “We have about 40 or 50 people and the police buggy has just arrived to try and arrest them.”

The group reportedly attempted to cross the British Channel to reach British shores.

Most of the group abandoned their bid to cross the English Channel as the boat began to visibly deflate after suffering a flat tire following police intervention.

A man in a gray hoodie appeared to rush to confront officers as the boat fell to the ground, but several French police quickly pepper sprayed him at point-blank range, knocking him back.

Earlier this month, the Ministry of Defense confirmed that more than 20,000 migrants have already crossed the English Channel this year alone.

At the same time in 2021, just over 11,300 crossings had been confirmed by the government, demonstrating the sharp increase in the number of migrants reaching British shores.

Thousands of migrants have already made the dangerous journey this year, and many more are expected in the coming months to seek asylum once they reach British soil.

The government is under increasing pressure to crack down on migrants arriving in the country through dangerous and illegal routes, with taxpayers forced to meet the extraordinary costs of the asylum system.

Feast your eyes on the floating Porsche jet boat

Leaked figures reveal 1,075 Albanians arrived in the UK on dinghies and small boats…