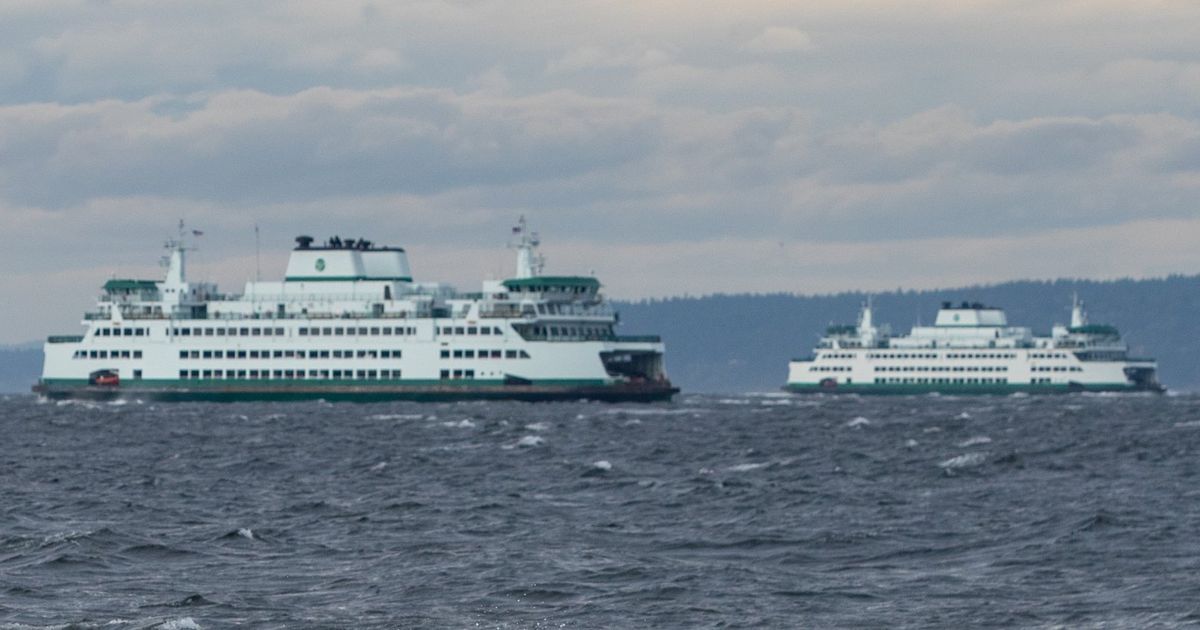 Even the Anacortes-San Juan Island service, which was often down by a boat or two, recovered to four ships, according to an update from the WSF posted on Twitter.

The State Department of Transportation’s website, cameras, alerts and mobile app were offline Sunday night and much of Monday morning. On Monday evening, the agency said its website and tools had been fully restored.

Among the busiest routes, the Seattle-Bainbridge, Edmonds-Kingston and Mukilteo-Clinton lines operated with two boats from noon.

Seattle-Bremerton remains on a ferry due to a long-term curtailment, caused in part by the springtime engine room fire aboard M/V Wenatchee, docked at Maintenance Base Eagle Harbor until at the end of this year. The Tahlequah-Point Defiance service lost six starts Monday morning and has since resumed service after repairs to M/V Chetzemoka, spokesman Justin Fujioka said.

The ferry system skipped about 140 crossings on Friday when dispatchers were unable to call in enough crew to fill open shifts. WSF pointed to long-standing issues, including poor recruitment, to explain the service cuts.

“Over the past few months, some crews have been unavailable due to COVID-19 quarantines,” Fujioka said.

Fujioka said a positive case was reported on Monday, although he said no data on the number of quarantined employees was available. There has been a notification of a positive case at least once a week, he said.

Amy Scarton, the state’s deputy director of transportation, predicted Friday that conditions could improve on Monday. Monday marks the start of a new internal two-week schedule rotation when open shifts are easier to fill, compared to the end of the two weeks, she said.

“That’s basically one of the big factors here,” Fujioka said.

Passengers should frequently check the Ferry website and Twitter feed for any last-minute changes, he said. Agency officials may also issue a stripped-down statewide schedule over the next few weeks in case Monday’s crew levels become unsustainable, he said.