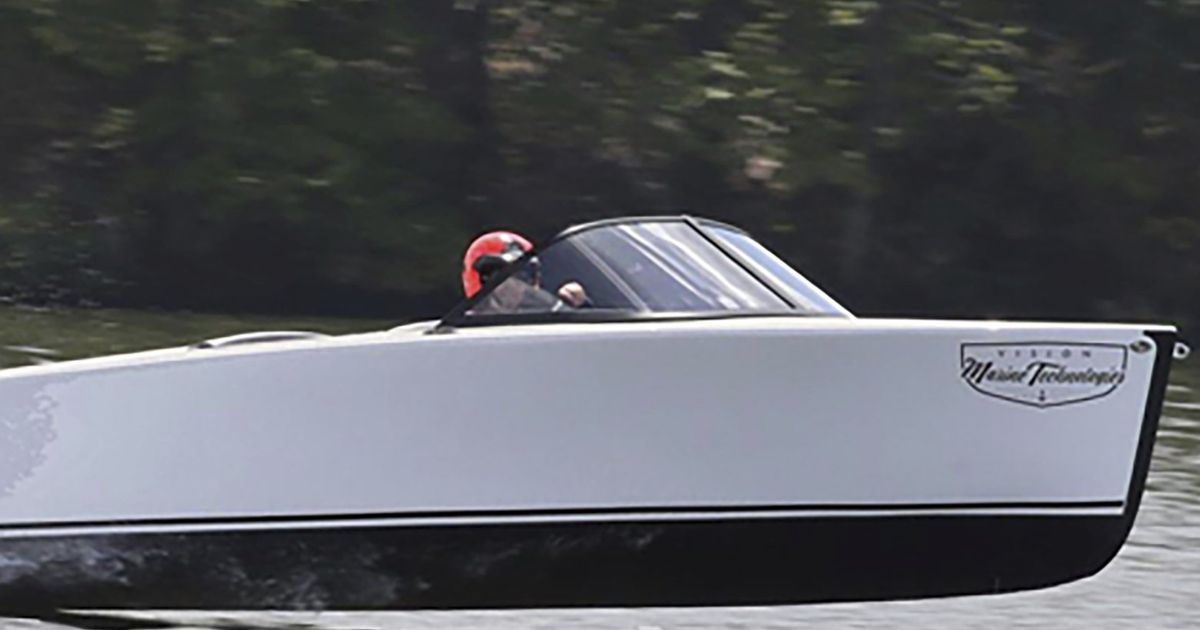 Electric boats that make waves without the noise

The auto industry has been racing forward on an electric wave with more manufacturers joining the race seemingly every day.

The boating industry has fallen behind, bogged down by underpowered motors and batteries that take up nearly half the boat.

Empowered by new technologies, electric boats are now faster, have smaller batteries with longer ranges and are always zero emissions.

An avid boat racer and electrician by trade, Mongeon and Vision Marine began work in 2015 on the development of a more powerful yet still efficient electric outboard motor.

They created the E-Motion 180, the first electric boat motor to use lithium batteries.

The electric outboard boasts 180 horsepower and can reach speeds of 60 mph, a first in electric boating. The E-motion 180, which costs about $5,000 more than a standard internal combustion engine, can be used with any boat that uses a 180 hp outboard gas engine, usually between 18 and 26 feet.

The motors can fully recharge overnight and all you need is a 220 volt socket – a boat version of plug and play. Maintenance is much lower than ICE engines because there are fewer moving parts.

The electric motors are quiet, odorless and smokeless, so there’s no need to shout at each other on board or leave a layer of smoke in your wake.

Sales of the E-Motion 180 began in May with delivery expected later this year.

“It’s so cool because nobody’s gone to that comparable horsepower,” said Randy Truesdale, COO of SBX Marine, a Florida-based custom boat builder and brokerage company. “You see some of the electric motors, you might have one that says it’s, you know, the equivalent of 50 to 70 horsepower, but no one has done what we’re doing with the new 180.”

Electric sailing has been embraced by celebrities like Drake, Robert De Niro and Greta Thunberg, according to Vision Marine. Many tour operators have turned to electric boats, as have cities for rental and water taxis.

Many waters have been designated marine protected areas — 26% in the United States, according to the National Oceanic and Atmospheric Administration — that prohibit motorboats. Many allow electric boats because they are cleaner and emit no sound.

“The only sound you will hear is water hitting the hull and people having fun,” Mongeon said.

And many more people have had fun on the water during the pandemic.

According to the National Marine Manufacturers Association, powerboat sales rose 12% in 2020 with more than 310,000 new sales, the highest numbers since before the 2008 recession.

“In the rental cycle it has become extremely popular due to the high activity for people who don’t necessarily want to buy a boat,” Truesdale said. “You can kind of relate to what’s happening with COVID and let people out. Boats are kind of the perfect tool for social distancing.

The new era of electric boats, with the added power and limited environmental impact, makes it even more enjoyable.