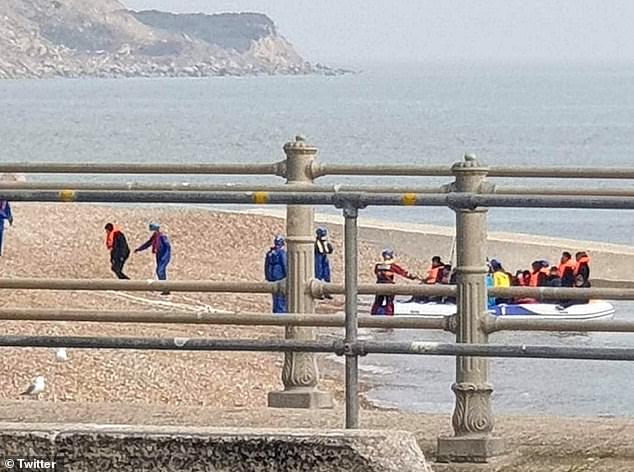 Easter Migrant Boom: 72 refugees detained in one day as dinghies moor on Kent beaches with masked men and women on board

By Jack Newman For Mailonline

Four boats carrying 72 migrants were intercepted by border forces off the southern coast on Easter Sunday.

The first two boats, spotted at 6.30am near Kent, contained 22 men and eight women who claimed to be from Iraq, Iran and Syria.

At 9.45am another rubber dinghy arrived, this time carrying a group of 13 men.

All 72 have been taken to Hastings to be medically assessed before being transferred to immigration officials where their cases will be assessed.

Tony Eastaugh, Home Office director for crime and law enforcement, said: â€œThose who facilitate these illegal crossings and the criminals behind this trade are breaking the law.

â€œIf anyone facilitates illegal passage, we will enforce the law and seek to remove those who are not entitled to be in the UK.

â€œWe are working day and night with the ANC and the French police to stop and dismantle organized crime gangs in France.