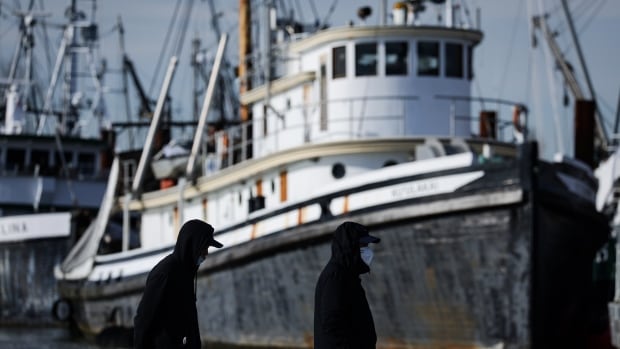 Two weeks ago, commercial fisherman Cpt. Albert Melnychuk was returning to Steveston harbor with a loaded boat when the bottom began to drag against the bottom of the channel.

Moving against the current, he held the throttle and slowly headed for the dock while fearing for the safety of his crew, he said. His experience and composure prevented him from running aground or capsizing.

“I had to drag the bottom to road number 2,” he said, which is near the end of the port.

“You are very worried. You have a crew of seven, you are worried about the boat and all the equipment. It’s very tense.”

The Steveston Port Authority (SHA) says the channel is dangerously shallow and needs to be dredged. Sediment buildup below the surface means many boats can only enter the harbor at high tide and has increased the risk of boats running aground and spilling fuel.

“Our largest ship that comes into port, the Frosty, contains 128,000 liters of fuel. Can you imagine what that would mean for our marine life if it ran aground?”

The non-profit authority is lobbying the provincial government, Ottawa, the City of Richmond and the Port of Vancouver – all of which are bodies that the SHA says have some form of jurisdiction over the port and surrounding community – for a cost-sharing agreement.

“Unfortunately, no one wants to take responsibility,” she said.

“The worst I’ve ever seen”

Melnychuk has piloted fishing boats in and out of the harbor since 1973, and he says the channel is the worst it’s ever been.

The mouth of the canal has not been dredged in over a decade, and he says the ground filled with a large amount of sediment during last year’s extreme rainfall.

“It’s the worst I’ve ever seen,” he said. “Before, there was a small place where we could enter, but not now. Everything is filled.”

Historically, the responsibility for the maintenance and dredging of the local channel passed from the federal government to commercial users and ports.

In 2009, the Port of Vancouver Local Dredging Program helped fund the dredging of the Steveston Channel, alongside funding from the City of Richmond, the Province and the SHA.

The entrance to the channel was last dredged in 2010.

In the years that followed, the port abandoned its dredging program, while costs rose dramatically, according to the SHA. The authority estimates it would cost $5 million, a 79% increase in SHA attributes to inflation, tighter regulations and licensing.

Richmond Mayor Malcolm Brodie says the city is willing to commit its fair share to the project while calling on other levels of government and stakeholders to contribute.

“It’s been a problem for decades,” Brodie said. “The federal government and the port were responsible, but that idea was dropped.”

City staff have been tasked with determining what the costs will be.

But Brodie says the bigger goal is to have a long-term dredging plan so the problem doesn’t keep coming up.

“What may be more important in the long term is that we develop a sustainable plan with funding so that we can have the regular dredging of the channel so that it is not an ongoing problem year after year, after year,” did he declare.

In a statement, the Department of Fisheries and Oceans said it was “committed to performing maintenance dredging of the Steveston Gulf and Paramount Basin to ensure critical areas of the basin are dredged at a sufficient depth to ensure the safe navigation of ships and the security of port operations”.

Funding would come from the federally funded Small Craft Harbors program. He said he intended to work with the SHA on the project, but the authority says more funding will likely be needed.

Meanwhile, the Port Authority said ‘it generally does not carry out dredging activities outside the main offshore channels’ but is considering the SHA’s request.

CBC News has contacted the province to find out if it will contribute funding, but has not received comment at the time of publication.