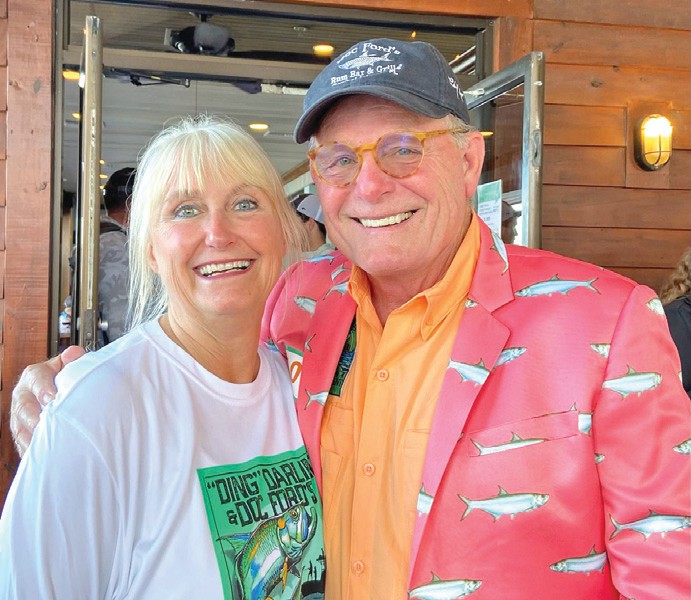 Birgie Miller, executive director of the DDWS, and Marty Harrity, co-owner of Doc Ford, after fishing May 13. COURTESY PHOTO

The tournament paid out a total of $60,000 in prize money to five winning teams out of 58 entered teams. The angler photo recorded 54 catches of tarpon, the second highest number of catches since the tournament’s inception in 2012. The top prize of $27,000 went to the Blackwater team, including captain Henry Frazer and members of the team Matt Hereld and Scott Hughes. The team caught and released a total of six fish.

“Congratulations to Henry! He’s now wearing the coveted pink tarpon jacket,” said Marty Harrity, co-owner of Doc Ford’s, who introduced the jacket in 2017 as added incentive to take first place in the tournament. “It’s a bit like the green jacket of the masters tournament in golf. The winning captain has the honor of wearing the pink tarpon jacket each year.

“Because all boat entry fees go into the rewards purse, sponsorship partners are extremely important to this tournament,” said Birgie Miller, Executive Director of DDWS. “They raise vital financial support for the conservation mission of DDWS and the refuge.” ¦

Morning Lookout: what are all these boats; Assembly Constituency 30 candidates honored