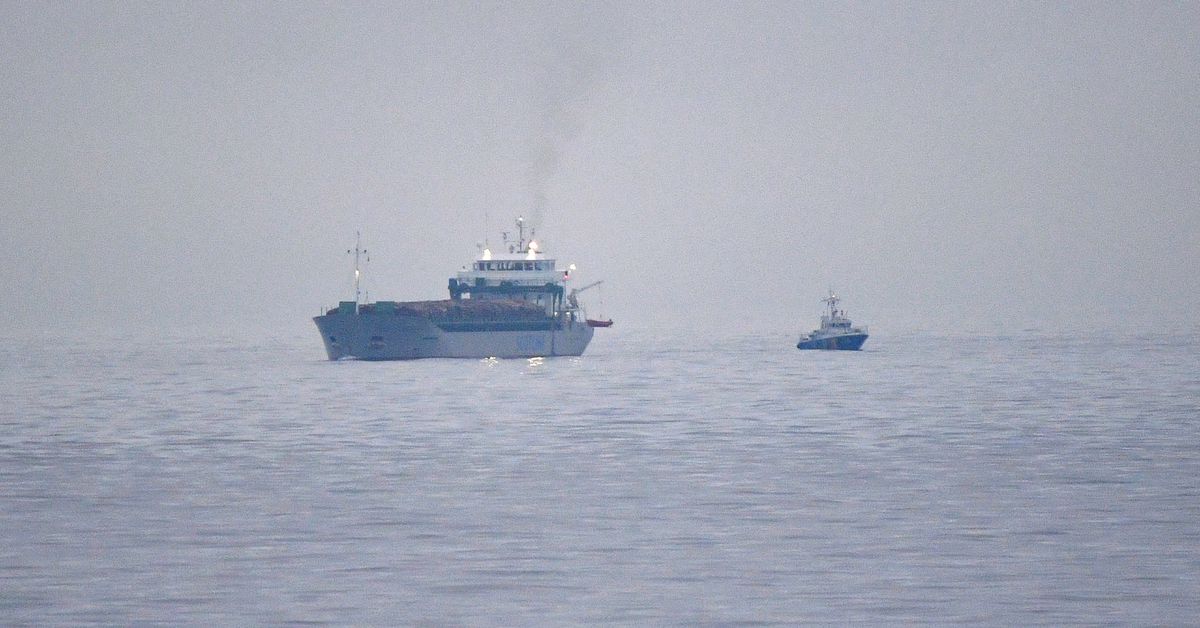 STOCKHOLM/COPENHAGEN, Dec 13 (Reuters) – One of two missing Danish crew members from an overturned barge was found dead in the hull after an overnight collision on Monday with a British freighter on a busy road in the Baltic Sea off Sweden.

The 55m barge Karin Hoj and the 90m Scot Carrier were sailing in the same direction off the island of Bornholm when they crashed in fog and darkness at 03:30 (0230 GMT), the authorities said. Danish and Swedish shipping agencies.

At least nine boats and a helicopter raked the waters near the wreck-strewn site, while the overturned Karin Hoj was towed to shallower waters so Swedish divers could investigate the hull without risking being dragged down. the bottom.

It’s impossible to survive for long without protective gear in sea temperatures of around 4 degrees Celsius, but it was hoped the couple would be alive in an air pocket inside the hull.

However, the Swedish Maritime Administration (SMA) and police said one person was found dead on the boat, while the other was still missing.

Although there was fog at the time of the crash, the Danish Meteorological Institute said it was not dense and conditions were not unusual for the time of year.

He said two suspects, a British and a Croat, had been taken into custody and could not provide further details due to the preliminary nature of the investigation.

With events appearing to have unfolded quickly, the Danish Defense Joint Operations Center (JOC) said there was no sign of lifeboats or other emergency equipment being used by the two-person crew of the Karin Hoj.

“I can confirm that an accident happened but I don’t know the circumstances,” Soren Hoj, managing director of Rederiet Hoj, owner of Karin Hoj, told Reuters.

The barge sailed from Sodertalje in Sweden to Nykobing Falster in southern Denmark, while the Scot Carrier sailed to Montrose on the east coast of Scotland.

The British ship’s owner, Scotline, said he could not comment on details but was assisting local authorities.

The SMA said the Danish ship was empty of cargo and it was unclear whether the British ship was carrying anything.

The waters between Sweden and Denmark see heavy shipping traffic. Collisions are rare but in 2006 a small Danish ship sank after crashing with a Swedish boat, with all the crew saved alive after jumping overboard.