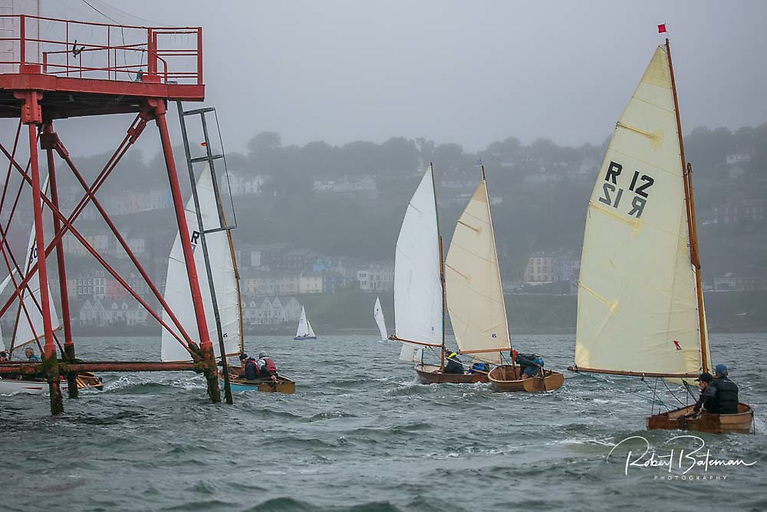 A nice turnout from rekindled Rankin dinghies raced in a drizzle and drizzle of Cork Harbor to commemorate the founders of the class at the popular Cobh Regatta on Saturday.

Fiona O’Connell’s Rankin R21 won the overall standings of the 29-boat fleet after two contested races, scoring a 3 and a 1.

Ewan and David O’Keeffe were second in R5. The third was Richard Marshall in Rankin R30.

It was followed by the Optimist Spit Bank Challenge as well as races for a fleet of fast dinghies and low handicap dinghies.

Cruiser Racing involving other port clubs will take place on Sunday, with the first cannon firing at 1:30 p.m.

A Rankin is a traditional wooden canoe that was built in Cobh, of which it is believed there were 80 of them, and of which The Rankin Dinghy Group has traced almost half.

The Rankin dinghy name is revered in the Port of Cork and in particular in the port city of Cobh.

Maurice Kidney and Conor English lead the restoration of the Rankin dinghies in Cork Harbor. They discovered that Rankins had been bought and sailed to several parts of the country.

The third was Richard Marshall in Rankin R30