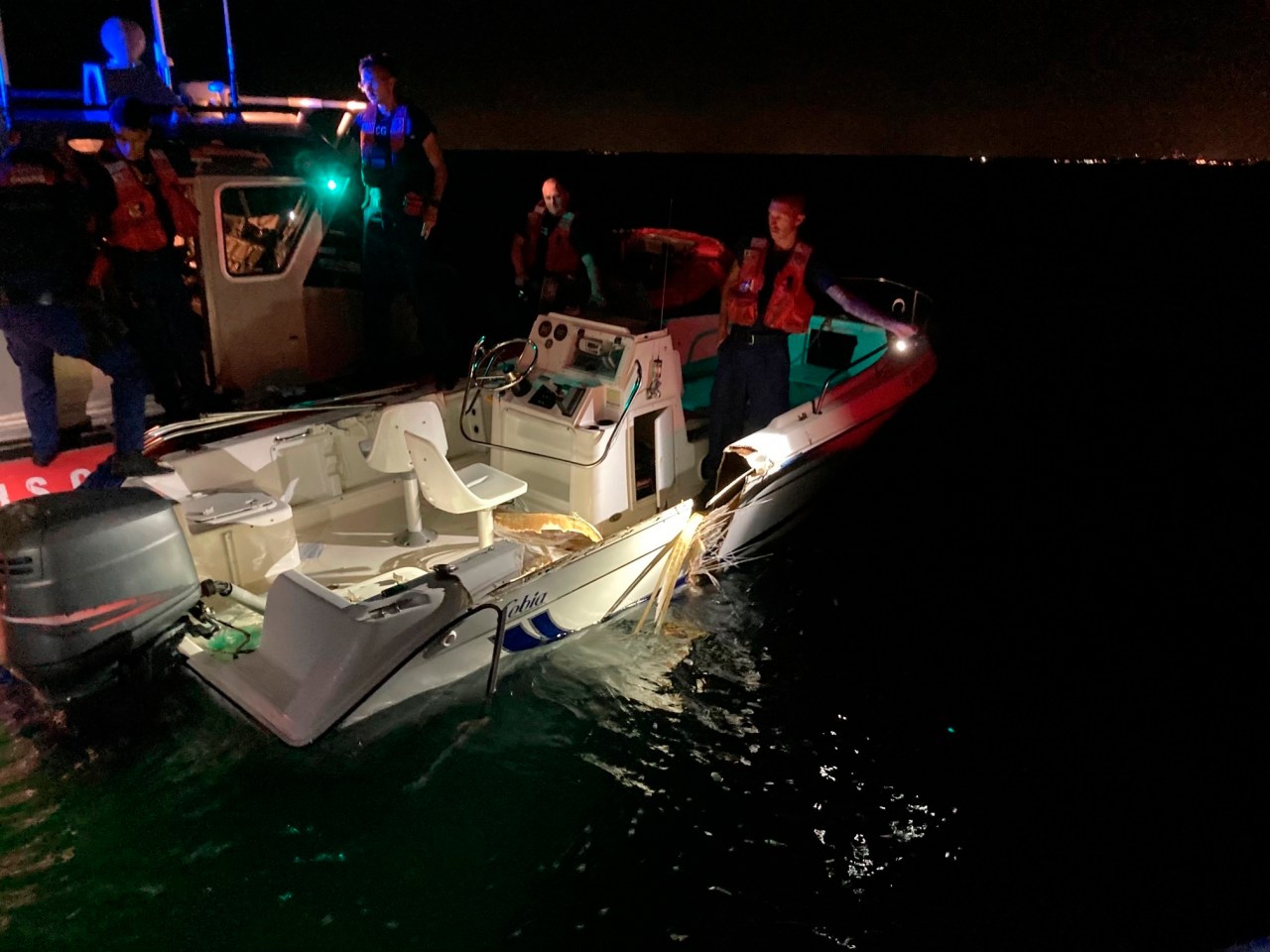 MIAMI (AP) — Two people were killed and 10 others had to be rescued when their boats collided overnight near Key Biscayne in South Florida, the U.S. Coast Guard and local authorities said.

The Coast Guard said a person involved in the collision notified the agency of the accident around 10:30 p.m. Friday.

Two bodies were recovered in the ensuing rescue operation, one by the Miami Beach Coast Guard Station and the other by Miami-Dade Fire Rescue, officials said.

The Coast Guard said in a statement that one of its crew aboard an MH-65 Dolphin helicopter played a key role in the emergency response.

A lifeguard was also sent to help two seriously injured people, one of whom was taken to Jackson Memorial Medical Center. Nine other survivors were sent to another hospital, authorities said. Their names have not been released.

“On behalf of the Coast Guard and our partner agencies, we would like to offer our deepest condolences to the families and friends who have lost loved ones,” said Lt. Cmdr. Benjamin Tuxhorn, Miami Coast Guard Sector Search and Rescue Mission Coordinator.

He said the Coast Guard and local first responders have worked extensively on search and rescue.

The collision is being investigated by the Florida Fish and Wildlife Conservation Commission.