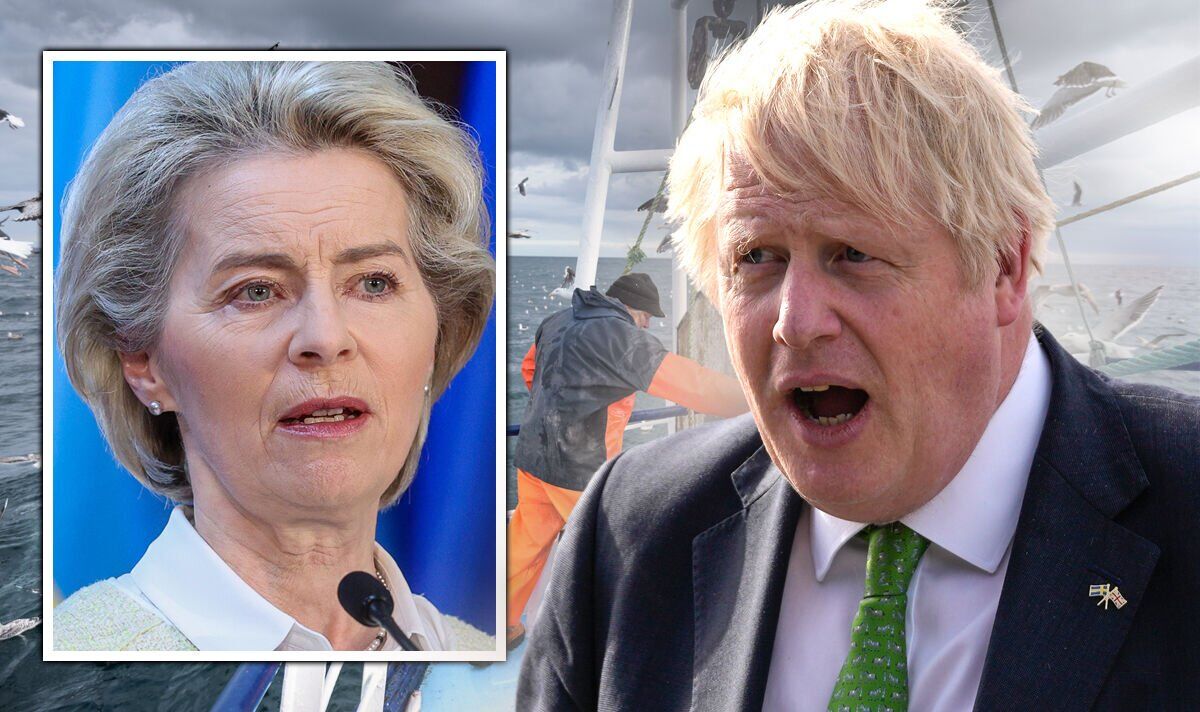 An industry leader has accused UK politicians who agreed to the Northern Ireland Protocol of ‘blatant hypocrisy’ – and warned the situation could get worse.

The situation is described in a report published by the Campaign for an Independent Britain (CIBUK), featuring research from think tank Facts4EU.

CIBUK cites Kilkeel in County Down as an example, which faces the Irish Sea and whose harbor is home to Northern Ireland’s largest fishing fleet.

If the protocol were to work the way the bloc sees it, any trawler registered and based in Kilkeel casting and catching its legitimate quota in UK fishing grounds would not be allowed to return to its own port to land its catch unless does not comply with additional and substantial EU bureaucracy.

As soon as a Northern Irish boat leaves its own port in any part of the UK, it would become an EU ‘third country’ boat under the letter of the law.

They would have the option of landing their catch at a UK mainland port in Scotland, such as Campbeltown, Troon or Fleetwood – but any catch landed at a UK mainland port on their way to Northern Ireland would require the completion of customs forms countersigned by a veterinarian as an independent witness.

The only reason these boats are not subject to such rules at present is that the UK government has insisted on introducing a six-month ‘grace period’ during which EU protocol rules do not would not be enforced by the British authorities, introduced largely against the wishes of Eurocrats in Brussels.
Alan McCulla, CEO of ANIFPO, said: “The majority of anglers here voted furlough in 2016 and despite the challenges, they would do it again if asked.
“The historic EU quota-sharing agreements that penalized Northern Irish fishermen to the benefit of their southern colleagues have come to an end and, in fact, we have an increased share of the catch in the Irish Sea.”

“However, the hypocrisy of politicians trumpeting the narrative that the Protocol avoided a hard land border, while burying the fact that it failed to avoid a hard sea border for our fishing industry, is flagrant.”

No one in London, Dublin or Brussels wanted to discuss that things could get worse, Mr McCulla pointed out.

He added: “We really want the Brexit deals to work for all parts of the UK and even Ireland.”
“However, the different grace periods, which are part of an overall strategy designed to ‘get the box on the road’, hide what may well happen in the longer term.”

The UK government took a one-sided approach that “conveniently” shielded Northern Ireland’s fishing fleet from the worst aspects of the protocol, Mr McCulla pointed out.

Referring to the fact that Northern Irish vessels are treated as ‘strangers in their own country’, he said: ‘We continually stress this to officials and politicians who do not dispute what is a fact.

“What baffles us may be their response; “Now is not the time to raise these issues in the negotiations.”

“What we don’t hear is when do they deem it to be? Hence our conclusion that the strategy is simply to throw the box on the road.”

“Actions speak louder than words and here is an example where there were a lot of words.”

A Defra spokesperson said: “We have made it clear that we need to correct the protocol, which is causing major problems on the ground. As we have said many times, if there is no movement of the EU, we will have no choice but to act and the government will provide more details shortly.

“Support and guidance for businesses on their current obligations under the Northern Ireland Protocol is available on GOV.UK.”