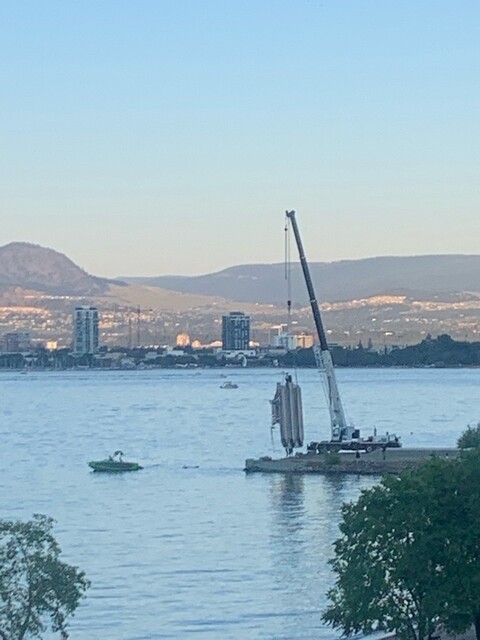 The boat rocks on the lake

A boater who rescued people from the capsized boat says she was in her own boat near the Wibit in front of City Park when she noticed too many people on the second level of the pontoon boat.

It was then that she noticed that the driver was turning sharply, causing the pontoon to overturn and capsize.

She said the people on the boat’s second tier weren’t hanging off one side of it, and it was the boat’s uneven weight distribution and sharp turn that caused it to tip over.

She and her friend took 11 people to safety, docking at the marina. It was then that the police arrived for questioning.

Earlier this afternoon, police were seen at the downtown Kelowna marina questioning a group of boaters after their pontoon capsized in Okanagan Lake.

At the scene, there appeared to be at least a dozen people at the dock of the boat as police searched for the driver responsible for the rental.

A local security guard who was patrolling the dock at the time told Castanet the group of people were all seen hanging from one side of the boat, eventually causing it to tip over on its side and capsize.

It appears that the boat has now been lifted out of the water by a crane.

It does not appear that anyone was injured.