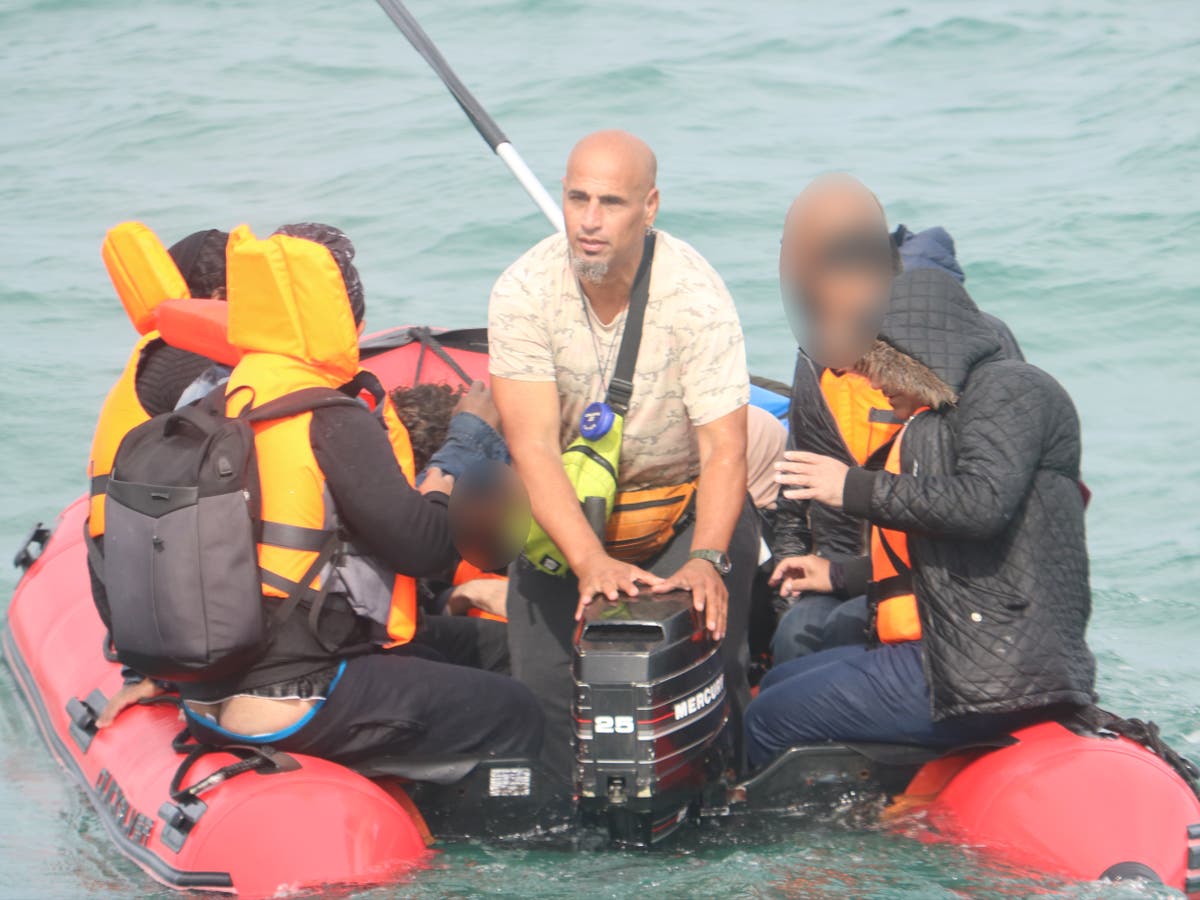 More than a dozen asylum seekers jailed for driving dinghies across the Channel are fighting to have their convictions overturned.

The Home Office has branded the men as smugglers after they were prosecuted for aiding illegal migration and the government is now pushing to increase the sentence for the felony from 14 years to life imprisonment.

Following a landmark case won by an Iranian asylum seeker in April, The independent understands that 12 men are taking their case to the Court of Appeal.

The judges will convene a “special” tribunal next month, where legal arguments will be presented on four test cases and the resulting ruling will be applied to all related appellants.

Three concern Iranian asylum seekers, while the fourth is a Kuwaiti.

All were arrested after they were seen steering rubber dinghies across the Channel, and the Home Office released their convictions.

The hearing will begin in the Court of Appeal on December 14 for at least two days.

The first case is that of Iranian Samyar Bani, who was prosecuted in June 2019 and jailed for six years.

Local media reported that a defense attorney told the court that the case was a “situation that I had never heard of before” and: “He is as much a victim as others who found the our way to our coasts “.

The offense of assisting illegal migration was previously used against smugglers such as truck drivers who took substantial remuneration.

Ghodratallah Zadeh, another Iranian asylum seeker, is fighting to overturn his conviction after being jailed for two years last year.

He admitted to aiding illegal immigration on the basis of a legal opinion after being filmed in a dinghy by a border forces drone and said smugglers charged him a “reduced rate”.

The third key appellant, Kuwaiti Mohamoud al-Anzi, was jailed for three years and nine months in February after being convicted of aiding illegal immigration by operating a boat carrying 11 other people. He had denied the offense.

The fourth man, Iranian Fariboz Rakei, was sentenced to four and a half years in March after being arrested for leading a dinghy on his second channel crossing.

He told Canterbury Crown Court he had maritime experience since serving in the Iranian military and had been coerced by smugglers to run the ship.

Responding to his conviction, Immigration Minister Chris Philp said: â€œThe smugglers are putting their lives in danger. These passages are not only illegal but also unnecessary, because France is a safe country with a well-functioning asylum system.

A month later, a landmark Court of Appeal ruling on a similar case confirmed that a defense was available to pilots of small craft for the first time.

Fouad Kakaei had his conviction for assisting illegal immigration overturned in a new trial in May.

The appeals judges ruled that if he intended to be intercepted by UK authorities and taken to a port where he could seek asylum, it might not “constitute a facilitation offense”.

Mr Kakaei said he took turns leading the canoe with other migrants “because their lives were in danger”, and himself paid smugglers in France for the trip.

The case sparked a review and the prosecution of 11 migrants for operating small boats was dropped in June.

The following month, the Crown Prosecution Service issued new guidelines meaning that asylum seekers who operate boats where “the only intention is to be intercepted and brought to port to file asylum claims” will not be charged. .

The guidelines state that in these circumstances asylum seekers did not enter the UK under immigration law and therefore cannot have committed the crime of facilitating illegal entry.

The government has included a clause in the nationality and borders bill that could facilitate such prosecutions, meaning that people do not technically need to enter the country to commit the offense.

The proposed law would also increase the maximum life sentence for the offense of assisting illegal immigration, as well as the sentence from six months to four years for the separate offense of illegal entry.