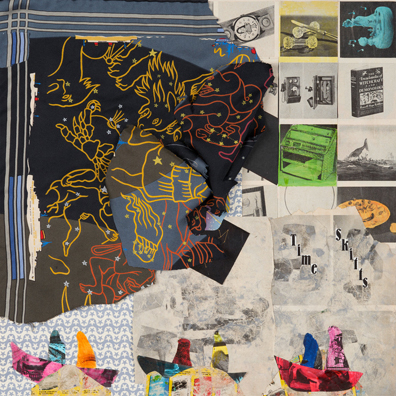 Since their last real studio album, 2016 paint with, the ever-restless group of creative minds behind Animal Collective have prolifically mapped and sampled the lower regions of our sound field. From the collaborative visual album tangerine reef to the sound travelogue of Meeting of the Waters, in addition to a soundtrack, multiple EPs, solo efforts by three-quarters of the band, and a mini-residency with site-specific compositions, the Baltimore Magicians explored the spaces around us as if we We lived inside a giant instrument that just needed to be tuned properly so we could hear it. Their latest, boats of timedistills that inimitable period of experimentation into chamber-pop grandeur without sacrificing any of the curious wonder that animated their less formal releases.

Returning to their usual modus operandi, the band workshop-worked much of the album’s material live before laying it down on wax. This process is organically reflected in the exploratory washes of sound in the tracks which, rather than being merely sequenced interstitial moments between tracks, take center stage as structures come into focus, skeletons struggling to come into being. From the languid hums and dubby terraced drums of “Passer-by” to the shimmering, kinetic BBC Radiophonic Workshop-style synths of “Car Keys”, the songs invite a glimpse of their own deconstruction and coalescence reminiscent of the band’s crystallizing formations. . Feels time.

With the mapping of sonic space comes the inevitable negotiation of territorial lines that separate the traditional, already demarcated space from the encroaching modern influence. In their quest to honestly portray their influences, the collective acts as sonic ecologists, firmly grounded in a historical continuum that acknowledges predecessors and squarely on the side of homage as opposed to appropriation, including acknowledgments of lands on the inner vinyl sleeve. The centerpiece “Cherokee” credits songwriting credit to Harry Owens, a composer known for being the first to write and orchestrate traditional Hawaiian tunes. Atop a playful, bouncy beat, Avey Tare sings stray observations of the road before breaking off into a delightful, fractalizing detour that expands and distends like food coloring added to cream. Even within these historical constraints of tradition, the group manages to find new flavors to express, new combinations to offer. The collective’s preservation of our musical past continues to pass the time and point the way to the future. (www.myanimalhome.net)

Mixed dinghies on the way back to Cork Harbor