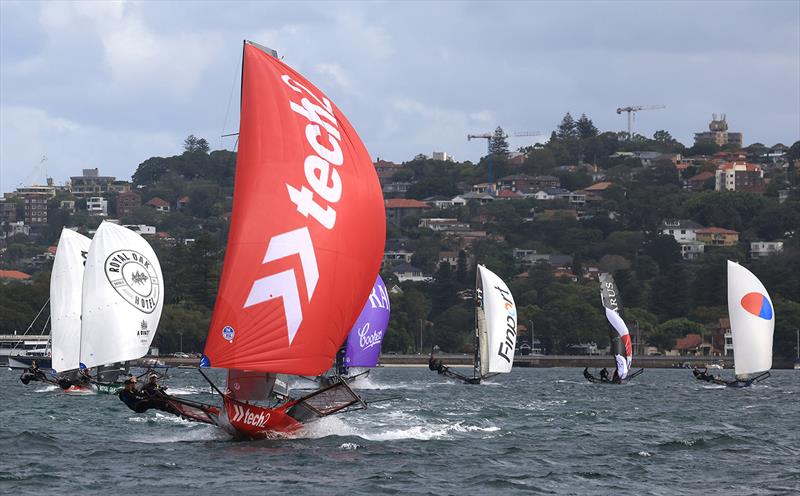 Live racing coverage in the JJ Giltinan starts at 2.20pm (Sydney time) every race day, and commentary begins at 2.30pm with SailMedia’s Andrew Buckland, Peter Shipway and Jim Bury, who are on the water and following the action.

As an indication, yesterday’s Invitation Race confirmed that there is little between the top three teams, Australian champion Andoo, defending champion Smeg and NSW champion Tech2.

There are no New Zealand boats competing in the event, due to COVID restrictions – which were only partially lifted last week, allowing New Zealand participants to return to their country of residence without having to endure a $3,100 each in managed isolation and quarantine – assuming they could get a spot in the MIQ lottery of 30,000 Kiwis trying to get one of the 3,000 spots on offer.

The race schedule is as follows – all race coverage starts at the same time at 2.20pm each race day, unless otherwise stated.

Registration opens for the 20th anniversary of British Classic Week